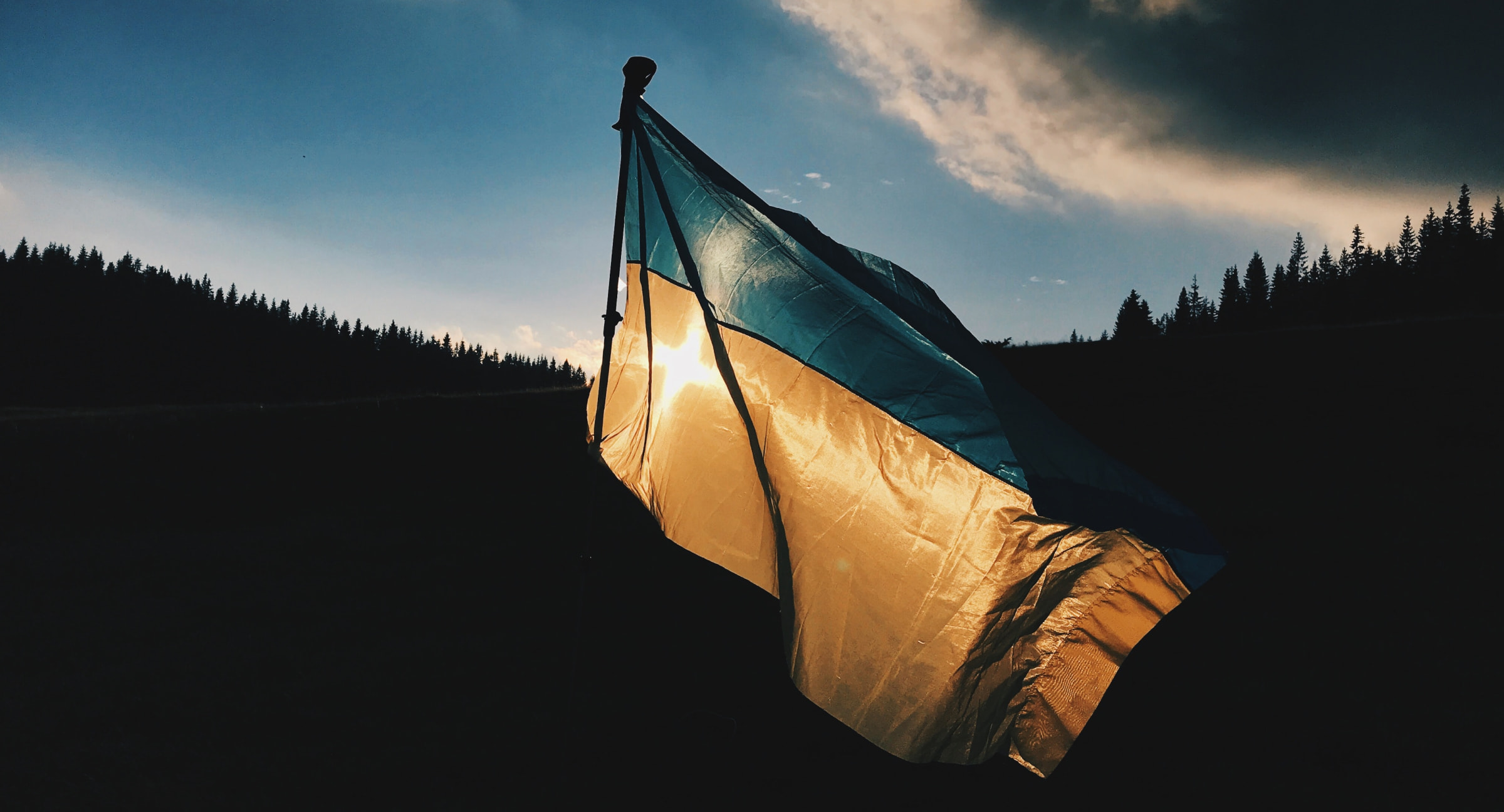 The slogan “Never Again (shall Masada fall)” is derived from a 1927 epic poem, Masada, by Yizhak Lamdan. As a Jew, this slogan has deep meaning referencing Nazi Germany’s attempt to exterminate my people in the Holocaust. Over 50% of my family (60-70 people) were executed in the gas chambers. Had it not been for the perseverance of my Papa in 1939 to escape Germany with his wife and daughter (my mother), I, along with my children and grandchildren, would not be alive and living in the United States today.

Just two generations later, the current images of Ukrainian mothers and children saying goodbye to their husbands and sons, and fathers and brothers, fleeing for their lives are all reminiscent of Nazi Germany. Only this time, it is Vladimir Putin leading one of the world’s superpowers attacking a sovereign nation.

Repeating an often-used baseless allegation that President Zelensky, a Jewish man, is a “neo-Nazi,” Mr. Putin also labeled the Ukrainian leadership as terrorists and drug dealers. Putin accuses Ukraine of installing weapons in civilian buildings and using residents as human shields; these baseless claims were disputed by global human rights group Amnesty International who said it was Russia, not Ukraine, that was showing “a blatant disregard for civilian lives.” Russian strikes have hit hospitals, among other targets, that Amnesty said: “can constitute war crimes.”

As the world commemorated the 75th anniversary of the liberation of the Auschwitz-Birkenau death camp, Zelensky shared some family history as he spoke about the courage of people of different ethnicities and religions during the Holocaust. At a briefing with Israeli Prime Minister Benjamin Netanyahu on Jan. 24, 2020, in Jerusalem, on the sidelines of commemoration events, Zelensky told the story of four brothers.

“Three of them and their parents and families were shot dead by Nazi occupants who invaded Ukraine,” Zelensky said. “The fourth brother was fighting at the front. He survived World War II, contributing to the victory over Nazism and its inhumane ideology. “=Two years after the war, he had a son, and in 31 years, he had a grandson. In 40 more years, that grandson became president, and he is standing before you today, Mr. Prime Minister.”

President Zelensky went from being a law student to a comedic actor playing the role of Ukraine’s President to actually becoming Ukraine’s President. Today he is defending his country from Russian attack in the frontlines and even rejected America’s offer to evacuate him from Kyiv, stating, “I NEED AMMUNITION, NOT A RIDE.” The will of the Ukrainian people is strong as they defend their lives, their family, and their country.

State policy, practice, or advocacy of extending power and dominion, especially by direct territorial acquisition or by gaining political and economic control of other areas, call Fayeis the definition of imperialism. Furthermore, the unlawful takeover of a sovereign nation by ANY government violates human rights. The toll of innocent Ukrainian civilians being killed and injured by the Russian invasion is rising daily as outgunned Ukrainians continue to repel Russian invaders.

How long can this last—
How long can we, as a global community, last—
Until we have equality and respect for ALL people;
The future (for all of us) is uncertain
Tomorrow is not guaranteed
Love NOT Hate
Peace NOT War

My wish for you is to LIVE EACH DAY WITH PASSION AND HELP OTHERS.

President Zelensky is demonstrating this by his own actions for the people of Ukraine.

Corporate Event Planning Mistakes That Will Cost You Money

5 Ways Technology Can Enhance Your Wedding